Baalbaki was born in Lebanon in 1975, the year the Civil War started. At only a few months he was forced to flee his home in Rass-el-Dikwineh to seek refuge in Wadi Abu Jmil, Beirut. Displacement was frequent for him and many others during the war.

Baalbaki recognizes himself as part of a generation of artist as ‘having lived 20 years of it and don’t have anything to say but about war.’ He confronts the impact of war, particularly on the human psyche; and challenges society’s attempts to conceal it. He deals with both his personal and national experiences of destruction, loss and identity of the victim. Often with images of hollowed buildings, the dead laid to rest,  faces covered with the traditional ‘kaffiyeh’ and family essentials packed to flee at any instance.The ‘kaffiyeh‘ is used to honour the Arab Man; Standing tall and laid to rest with a question surrounding their identity but not their fate.

He paints with fervour buildings devoid of human life, yet replete with their stories. What were once homes, serve as a record of the destruction brought on by the civil war and repeated Israeli invasions. A scar but also a ‘standing monument’ to resistance with a contrasting floral background to suggest a rising sense of hope.

Baalbaki currently lives and works in Beirut. He often exhibits in Beirut and Paris (where he spent time living and studying). He has also popularly exhibited with Rose Issa Project in London and Art Dubai in recent years. 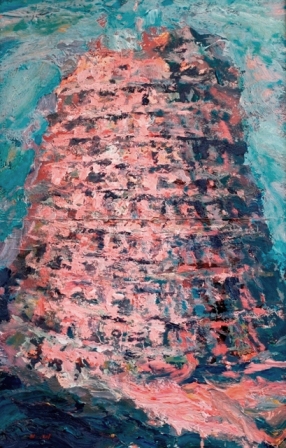 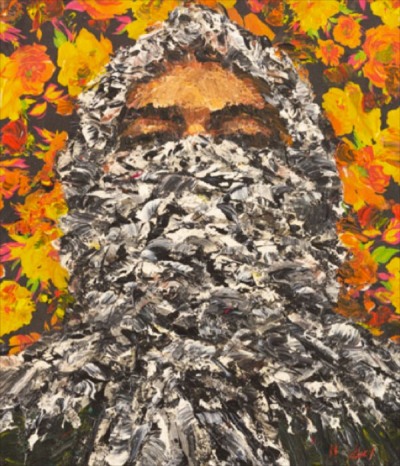 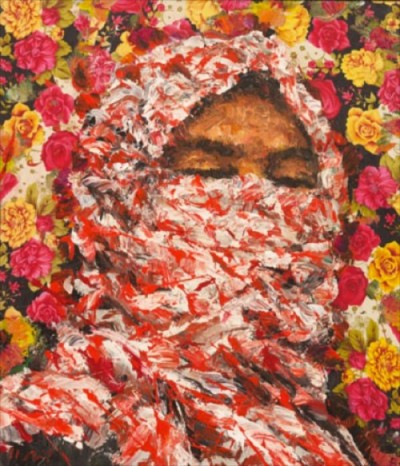 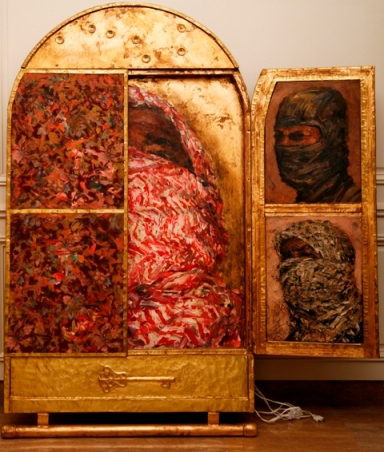 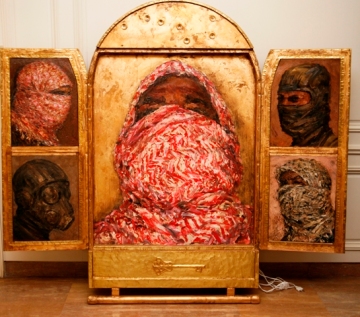 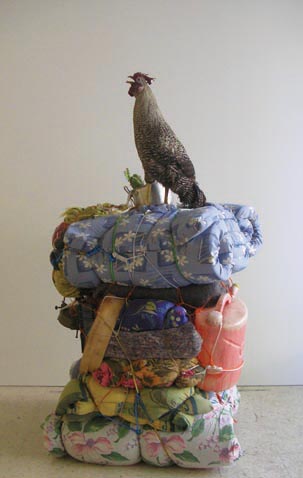